In French, Adjectives have to match the noun they are describing in both gender (masculine and feminine) and number (singular and plural).  It is, therefore, very important that you recognize the various ways you can write them.  This is explained a bit further under the following table of basic adjectives.
NB:

Colours are, of course, also adjectives as they describe.
NB:

Their Placement (before or after the noun)

In English, adjective go before the noun.   End of story.  In French, some go in front, some go behind.  Figures right?  Here is a way to remember. 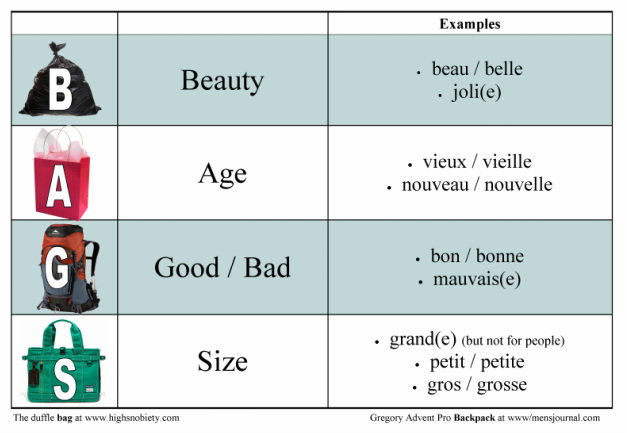 The adjectives that go in front of a noun are the most commonly used adjectives and can be remembered using the acronym "BAGS".

Test your skills with this game of battleship:
http://www.quia.com/ba/25978.html 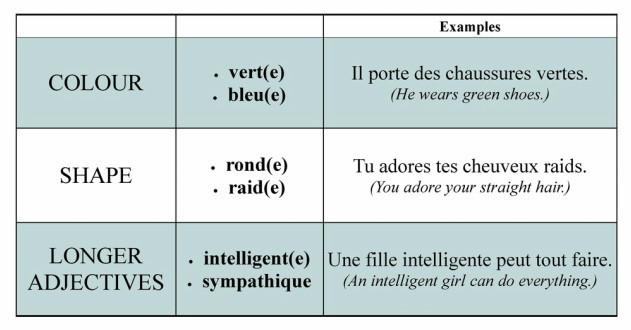 In all reality, most French adjectives go after the noun.  It's just that the ones that make up "BAGS" are the most (over) used ones.
It is also important to note that some adjectives can be found both before and after the noun but that their placement changes their meaning.