This is typically the first form of the past tense that students are taught. There are two main past tenses, the Passé Composé and the Imparfait. The Passé Composé is used to indicate actions that are finished and typically more "active." In English it is comparable to verbs ending in "ed" or irregular verbs like "ran" or "did." The imparfait, by comparison, is typically used to indicate actions that are repetitive, on-going or descriptive. The English equivalents are verbs that end in "ing" and are preceded by the word "was" as in, "He was running."

Let's suppose you want to say, "He ate." In French you would say, "Il a mangé." The word "a" is the auxiliary and the word "mangé" is the past participle.

There are two verbs that are used as auxiilary verbs... you guessed it, Être and Avoir. They are conjugated in the present tense.  Here they are again in case you've forgotten (although if at this point you still haven't memorized these two verbs, you seriously need to evaluate how you plan on learning this language).
Most verbs are conjugated with l'auxiliaire Avoir. The verbs that take Être be covered later on this page.

The Past Participle (le participe passé)

Now to put it together...

For some reason this part seens to be a bit tricky.  Remember, you still need a subject pronoun (je, tu, il...).  Once you have a subject you need to conjugate the right auxilary verb (être or avoir) and then add the proper past participle.
Ex. She sold her bike.  = Elle a vendu sa bicyclette.
I spoke French.      = J'ai parlé français.
We finished.           = Nous avons fini.

Now, if you're clever (and I'm sure you are), you've likely noticed that the examples above all involve the auxilary avoir.  So... how do you know when to use which one?  Well, some may say that you should use an accronym called "Dr and Mrs VanderTramp.  Seriously.  It's ridiculous.  Most will tell you to think of the house. 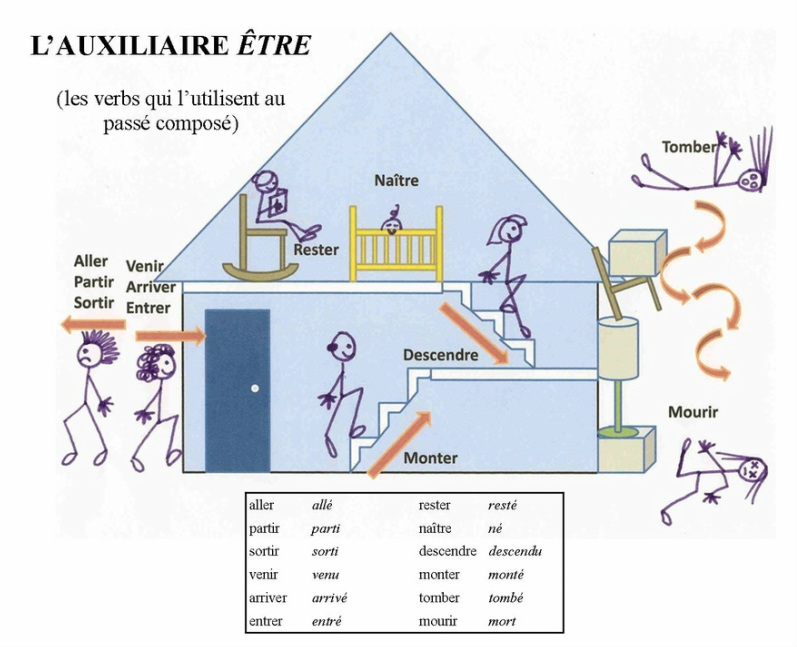 Here's a fun little photo we took in class. 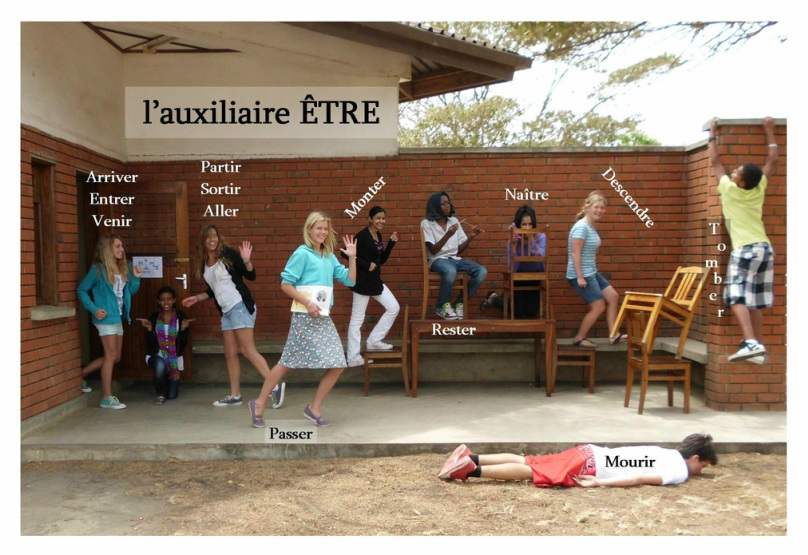 The students felt that acting it out really helped them remember the various verbs.  I think they did a nice job.