The comparative allows you to compare things.  No kidding right?  Now, you can compare things using adjectives (so the word that qualifies the thing you are comparing) using adverbs (the word that qualifies the action that the thing you are comparing is doing), the noun itself or a verb (or action itself).   This is sounding far more complicated than it really is.

In English, we frequently compare using adjectives.  We'll say, "She's prettier than my sister."  It's just a mater of adding the "er" to an adjective and you're done.  In French we use this formula:

Let's look at a nice little example.  We'll ask Francine and Jeanne to help us. 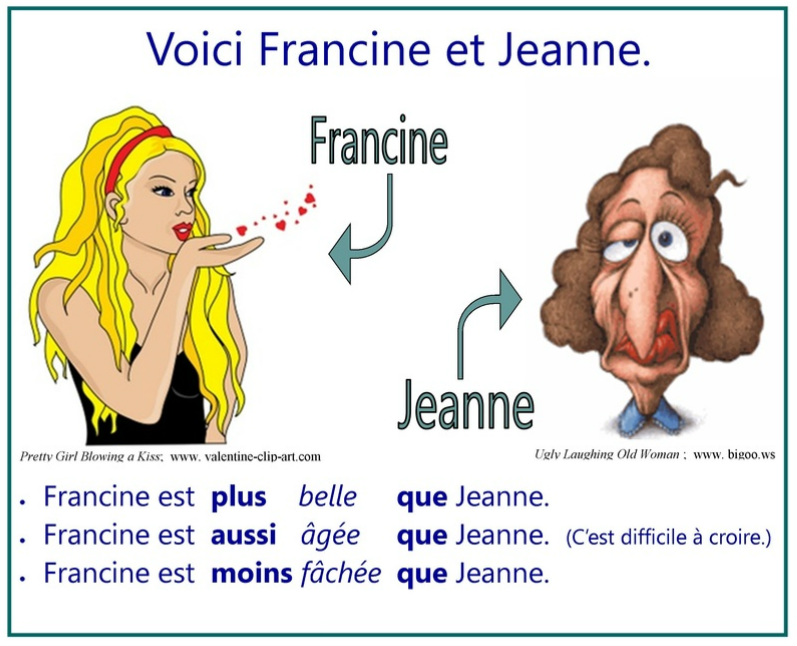 We also like compare using adverbs.  We'll say, "She runs faster than my sister."  Again, it's just a mater of adding the "er" to an adverb and you're done.  In French we use this formula: I didn't bother coming up with a silly picture as you would do the same thing as with adjectives but I will provide some simple examples here. 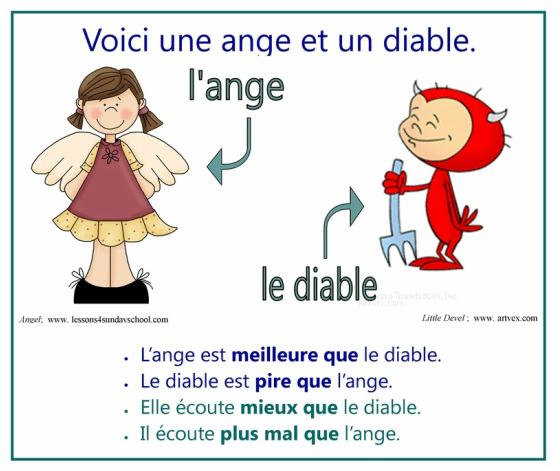 This time we have a little angel and a little...non-angel helping us.  The two irregular adjectives you're going to need to worry about are the same ones that change in English.

The same is true for the comparable adverbs.

We can also compare nouns.  This usually has something to do with the quantity we have of something.  The formula is similar.
This time I've asked poor Paul to help us.  Literally poor Paul.  He hates Jacques by the way. 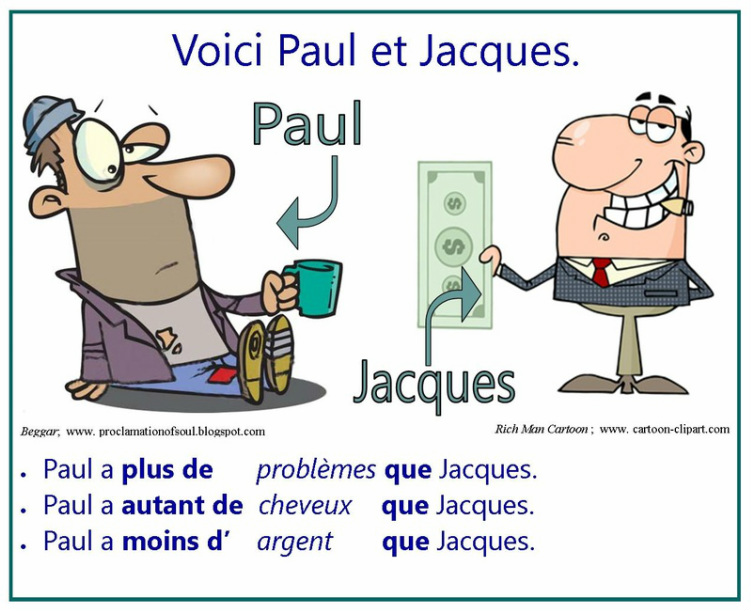 Once again, we have a similar setup with verbs as we do with nouns.  There are two differences to note though Again, no silly picture as you would do the same thing as with nouns but I have some simple examples here. 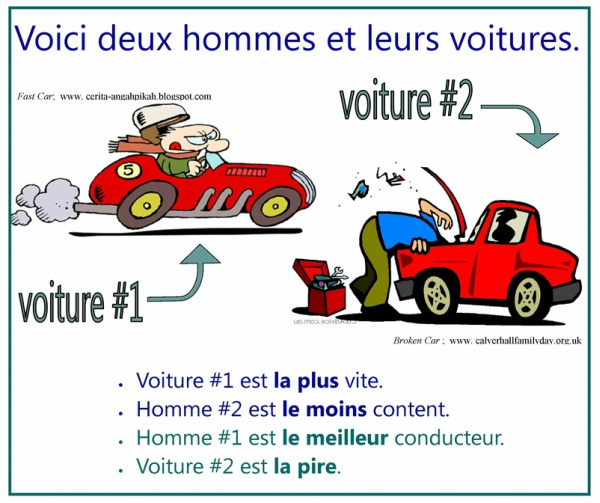 The superlative helps indicate when something is the best or the worst or the most of something.  Obviously, there is no "as good as" or "as much as" with the superlative.  It is the extreme of some sort of quality.
It's really quite simple to construct.  You simply need to make note of whether or not something is masculine or feminine or plural, add the word "plus" or "moins" and then the comparative (yes, I said comparative; the rules you learned there are the same here) you would like to use.


I found these two gentlement with their cars to help demonstrate the concept.  I didn't give an example using a plural object of comparison but you could write something like:
Ces voitures sont les plus célèbres de la ville.
These cars are the most famous of the city.
N.B.  The blue sentences in the picture contain regular adjectives, the green ones show the irregular forms "best" and "worst".